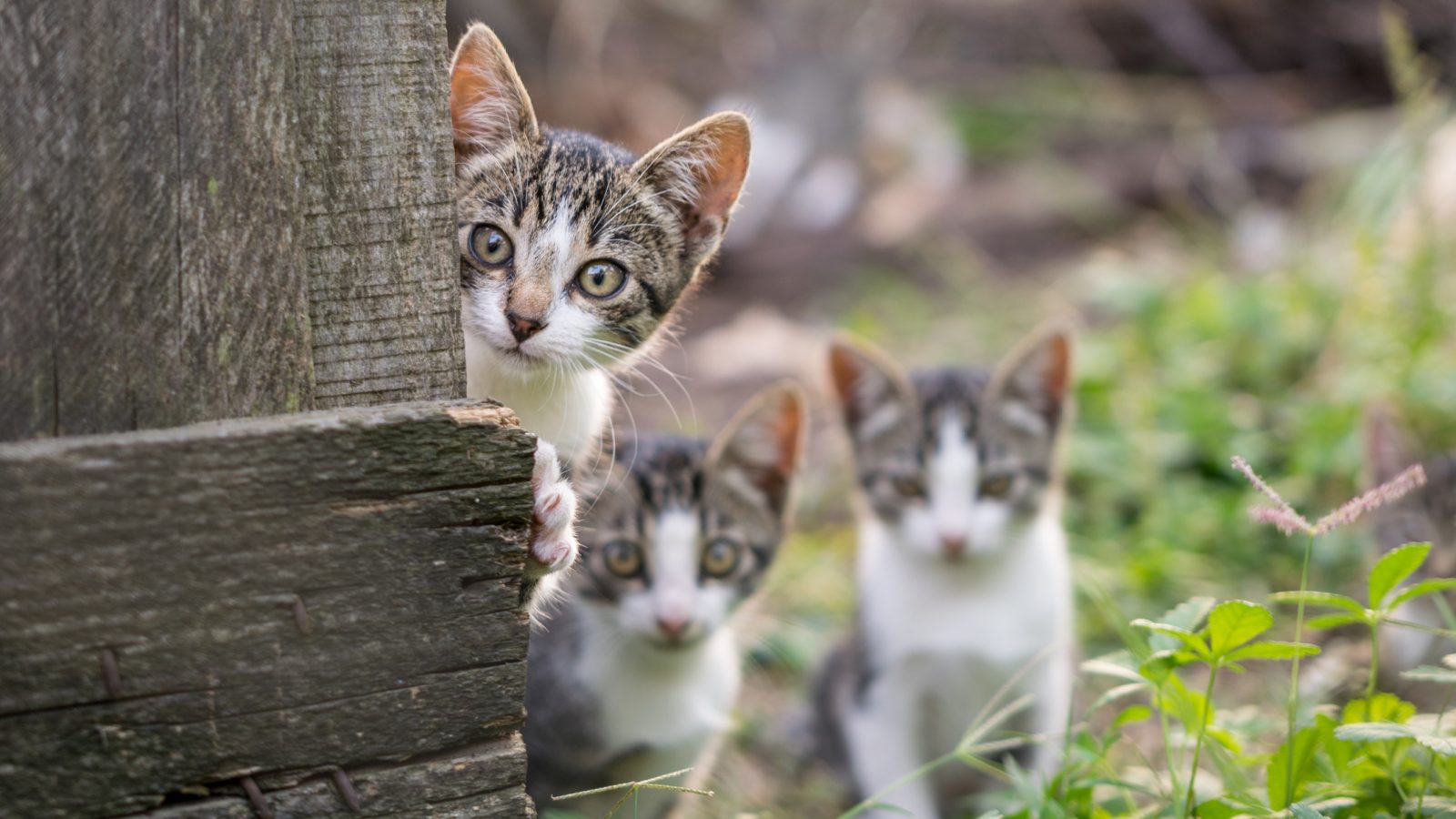 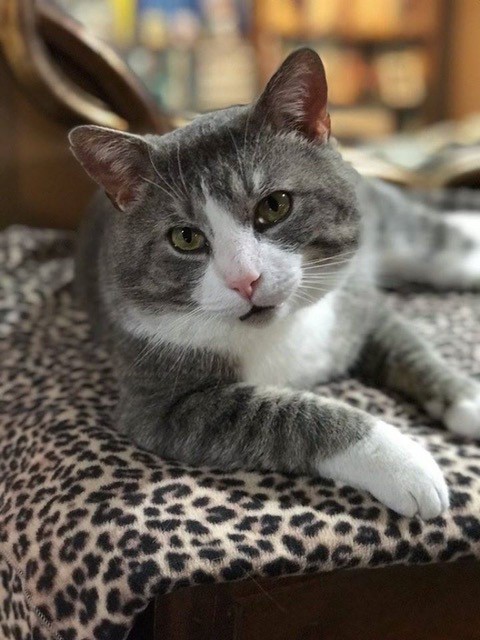 Happy Endings!!! Don Don is a sweet FIV-positive boy adopted a few months ago. He made himself right at home! Don Don even helped rescue homeless orphaned kittens not long after his own adoption.

His new mama was in Wilmington when she spotted newborn kittens in an ashtray! She called Don Don’s foster immediately and asked if there was anything she could do. She went right out and grabbed them and found mama! They are currently in foster and will be adopted out through our friends at Faithful Friends.

Congratulations to Don Don and his new family! Looks like he’s fitting right in 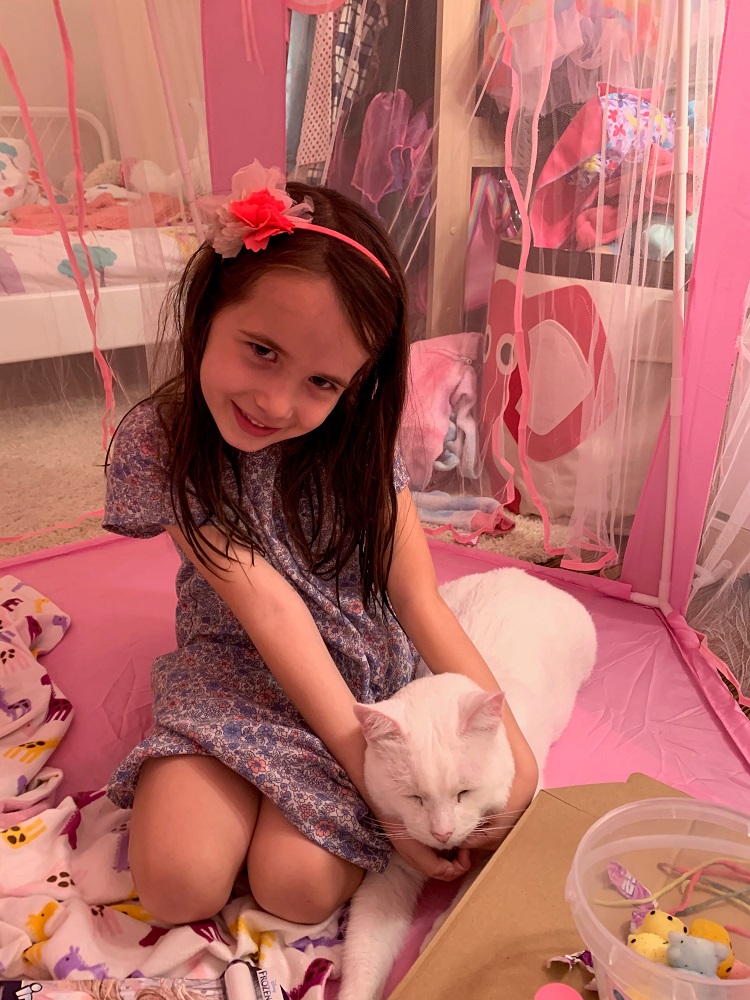 Rescued from the streets of Philadelphia, Phoenix came to us with severe jaundice caused by a tick-borne illness. We were uncertain if he’d survive. But would you just look at him now!?!? Some antibiotics, lots of kibble, and TLC and this boy was ready for his forever home.

Big shout out to his foster mama for getting him adoption ready! Phoenix now lives with his 3 little human siblings and is loving life. He especially loves his tea parties and dress up time with his sister. And trust us, the feeling is mutual. Congrats on the good life, Phoenix! 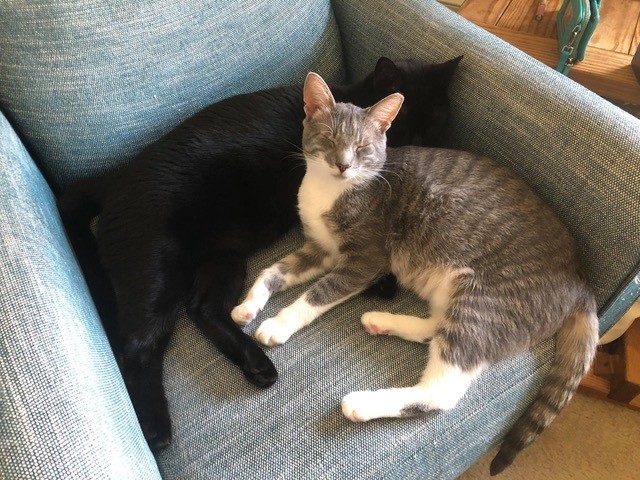 “Patches (now Rudy) is doing fantastic! He is SUCH a lovebug! He has a loud purr machine and uses it constantly. He gets along great with our other cat Pippin. Rudy likes to pin his brother down and give him a bath. It makes us laugh because Pippin loves it and would never try and get away, but Rudy won’t risk it. Their favorite playtime activity is tag. They can chase each other around for so long! Rudy likes small balls that he can roll around and chase, although, he can turn any object into a toy. Bunny-kicking clothes as they’re being folded is another one of his favorites!

He’s so funny when he plays he lays on his back and spreads his back legs and tries to hook his nails into the carpet to stabilize himself. Mostly it just looks like he has no idea what he’s doing and his legs just flail around.

This cat can EAT! He is constantly trying to eat people food so we have to be very careful. We haven’t found any food he doesn’t like. His eyesight is the same, we keep them moisturized although Rudy never seems bothered by them.

He’s very cautious about his surroundings and will wiggle his head around to make sure he sees that nothing is in his way before he’ll jump onto/off of things. One of his quirks is grabbing random objects in his mouth and walking away with them just to put them down in a different room. We absolutely adore him and all the laughs he brings us!”